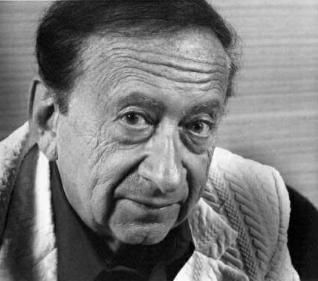 "I have the heart of a young child. I keep it in a jar on my desk."
—Robert Bloch
Advertisement:

Robert Albert Bloch (April 5, 1917 – September 23, 1994) was a prolific American writer of horror and crime fiction (with some forays into science fiction), writing hundreds of short stories and over 20 novels. He also adapted several of his works into teleplays for Star Trek: The Original Series (most famously the Jack the Ripper episode "Wolf In the Fold"), Alfred Hitchcock Presents, and Boris Karloff's Thriller (he also wrote for I Spy), as well as screenplays, many for Amicus Productions. His most well known work is Psycho (which he did not personally adapt for the screen).

Bloch was one of the youngest members of the so-called "Lovecraft Circle," and H. P. Lovecraft himself encouraged him to take up writing.

Works by Robert Bloch with their own trope pages include:

Tropes exhibited in the work of Robert Bloch: