Film / The House That Dripped Blood 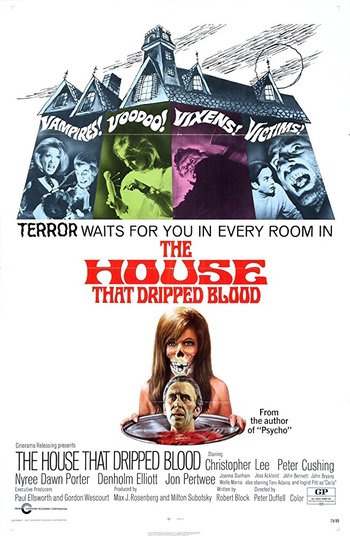 The House That Dripped Blood is a 1971 British horror Anthology Film directed by Peter Duffell and distributed by Amicus Productions. It stars Christopher Lee, Peter Cushing, Nyree Dawn Porter, Chloe Franks, Denholm Elliott, Ingrid Pitt, and Jon Pertwee. The film is a collection of four short stories, all originally written and subsequently scripted by Robert Bloch, linked by the protagonist of each story's association with the eponymous building.

Tropes used in The House That Dripped Blood include: