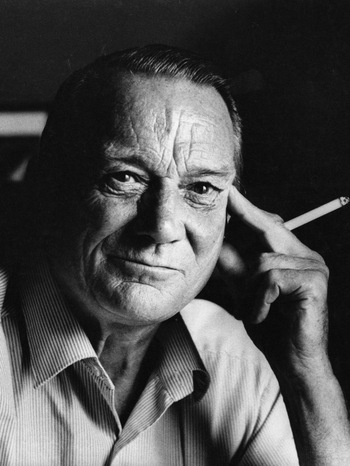 "I'm often given parts that aren't as big as they are colourful, but people remember them. When it's a minor or supporting role, you learn to make the most of what you're given. I can make two lines seem like Hamlet."
Advertisement:

He is probably best remembered for his role as Marcus Brody in Raiders of the Lost Ark and Indiana Jones and the Last Crusade. He won three BAFTAs in a row for Trading Places, A Private Function and Defence of the Realm.