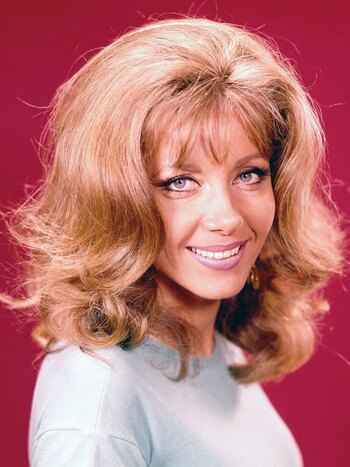 She was born into a Jewish family in Warsaw, Poland. During World War II, she and her family were imprisoned in the Stuthoff concentration camp. She survived and later moved to California - where she shortened her first name to 'Ingrid' and started waiting tables in the hopes of becoming an actress. Her film debut was a small role in the epic Doctor Zhivago.

Ingrid found herself working a lot with Hammer Horror as the studio was undergoing its Hotter and Sexier transformation to attract red-blooded viewers. Her role as Lesbian Vampire Carmilla Karnstein in The Vampire Lovers turned her into a sex symbol and cult icon. She starred in several other horror films, notably Countess Dracula and she had a small part in The Wicker Man. She did plenty of non-horror work but understandably the horrors are more remembered - and she enjoyed great popularity at conventions in the 80s and 90s.

Outside of her acting work, Ingrid was also an accomplished writer. She wrote several books, and was even commissioned to write a Doctor Who episode that never got made - though it was eventually released as an audio drama in the 'Lost Stories' (the name of the story is The Macros for those who are curious). She also wrote for several magazines.

She died in 2010 from congestive heart failure, and her final role Ingrid Pitt: Beyond The Forest was released posthumously five months later - an animated Short Film based off her Holocaust experiences.