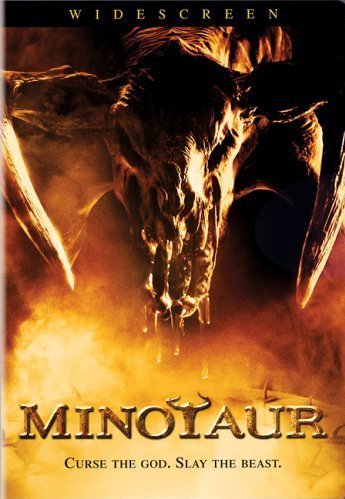 In his maze, all paths lead to the grave
Advertisement:

Minotaur is a 2006 movie directed by Jonathan English starring Tom Hardy, Rutger Hauer and Tony Todd, loosely inspired by the myth of Theseus and the Minotaur. During the ancient times, the Minoan Empire preys over its citizens' lives every three years when they capture eight youths and give them as sacrifice to their living god, the Minotaur, an abomination born from the union of men and beast. Theo (played by Hardy) is the son of a village's chieftain had his girlfriend sacrificed three years ago, but he is warned by a prophetess that she is still alive inside the Labyrinth. He volunteers to be sent to Minos in order to rescue her, but he needs to use his wits to survive the maze and its monstrous inhabitant.