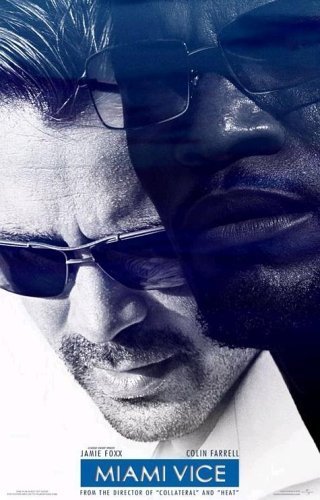 Let's take it to the limit one more time.
Advertisement:

In the film, Sonny and Rico are enlisted by the FBI to infiltrate a Colombian drug cartel after a botched undercover drug operation gets three Agents and a former Police informant killed. They decide to run transportation of cocaine into Miami for the cartel in order to get to the man running the Miami operation, Jose Yero (John Ortiz), and, later on, his boss, drug lord Arcangel de Jesus Montoya (Luis Tosar). Complications arise as they get deeper into their undercover identities and Sonny falls in love with Isabella (Gong Li), the accountant wife of Montoya.

The film was released to mixed critical reviews, but was relatively successful at the box office and was Michael Mann's third most financially successful film, behind Heat and Collateral.