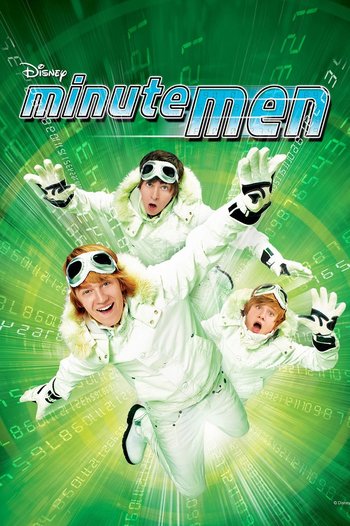 Minutemen is a 2008 comedy/sci-fi/adventure that aired on the Disney Channel about three high school kids who invent a time machine to spare others just like them from the humiliation they've endured.

After a split-second decision on the first day of freshman year, Virgil Fox finds himself stuck at the bottom of the social hierarchy. So when his child prodigy best friend invents a time machine, Virgil decides that the least he can do is save others from the same fate.

Not to be confused with the punk rock band, or the '40s hero team that preceded the failed Crimebusters (not actually the Watchmen).