Film / The Luck of the Irish 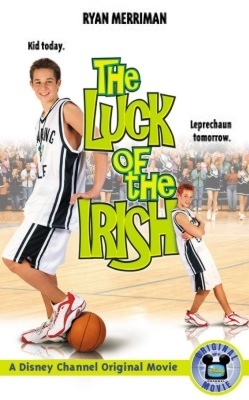 The Luck of the Irish is a 2001 Disney Channel Original Movie. It stars Ryan Merriman as Kyle Johnson, who is dealing with the upcoming Heritage Day festival and trying to figure out what the heritage of his own family is. He loses his lucky coin in the process, comes upon his grandfather, starts turning into an actual leprechaun, and ends up making a bet with an evil leprechaun to get his lucky coin back.

Also stars Timothy Omundson as Seamus Mctiernen, the antagonist of the film.

Not to be confused with the 1948 film of the same name.

This telefilm contains examples of: