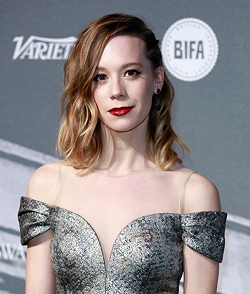 Chloe Pirrie (born 1987) is a Scottish actress. She's known for playing the titular character in Shell and for starring in The Game (2014). She's also known for supporting roles in miniseries projects like War and Peace (2016), Troy: Fall of a City, and The Queen's Gambit.