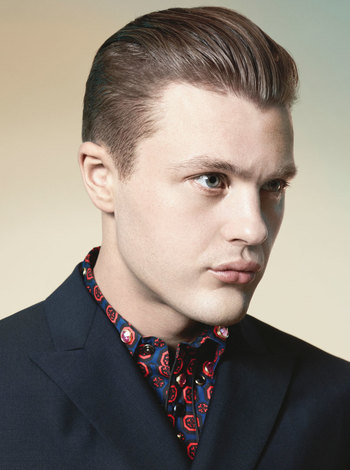 Michael Carmen Pitt (born April 10, 1981 in West Orange, New Jersey) is an American actor, model and musician. Pitt is known in film for his roles in Bernardo Bertolucci's The Dreamers (2003), M. Night Shyamalan's The Village (2004), and Michael Haneke's Funny Games (2007); and in television for his roles as Henry Parker in Dawson's Creek, Jimmy Darmody in Boardwalk Empire and Mason Verger in Hannibal.