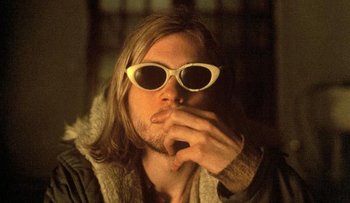 Last Days is a 2005 experimental drama film directed by Gus Van Sant that's very loosely inspired by the suicide of Nirvana frontman Kurt Cobain. It marks the final installment of the director's Death Trilogy, which previously consisted of Gerry and Elephant.

The film follows Cobain expy Blake (Michael Pitt), an introverted musician slowly losing his grip on life. He spends most of his time taking long walks in the woods, isolating himself from his bandmates, and creating his own songs. With so much baggage on his mind, Blake knows that there is only one option to escape the pain and he has to find the right moment to seek it out.

This is the debut feature from Picturehouse, a joint venture between New Line Cinema and HBO (who also produced the film) created to release art-house and independent fare.