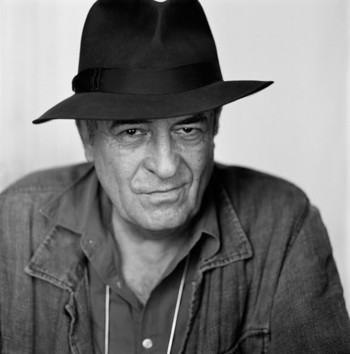 He initially wished to become a poet like his father

, and he worked as an assistant to the famous cultural figure Pier Paolo Pasolini when the latter made his first films. Bertolucci's second feature, Before the Revolution was his Breakthrough Hit and made him seem like the next big thing in European cinema and was a major influence globally on the likes of Martin Scorsese who was the same age as the young director. It would prove influential on Mean Streets in particular.

Bertolucci was remarkable for an Italian film-maker for the level and reach of cultural and commercial influence he had, despite the nature of his subjects. He was a committed Marxist, a member of Italy's Communist Party, but he directed the likes of Jean-Louis Trintignant, Marlon Brando, Gérard Depardieu, and Robert De Niro and several other big stars. He noted that it was a utopian dream of reconciling the Cold War through his films by explaining Marxism or his friendly version of it to the consumerist, capitalist West. He achieved this by marrying Freud with Marx, showing that capitalist society and a middle-class family inevitably created sexual neurosis and a true sexual revolution and independence depended on a commitment to revolutionary change. This was the arc of many of his characters, who are middle-class bohemians who are tempted by revolution but whose class angst and Freudian Excuse held them back from committing full time.

But if the content or the message went over the audience's heads, they were seduced by Bertolucci's style, his command of camera movement, his visual expressiveness, the coolness of his cast, the over-the-top set design and the costumes and use of music. This made his movies unforgettable and they became hits across the world. His film, The Conformist was a major influence on the New Hollywood, inspiring films like The Godfather, The Parallax View and several others. After seeing the film, Marlon Brando was interested to work with the young director and this led to Last Tango in Paris a global hit and phenomenon which made the director, briefly, a household name.

Bertolucci's follow-up Novecento was even more ambitious and it had an All-Star Cast but it didn't have the same reach mostly because the Communism was no longer subtext but a part of the story and became an Audience-Alienating Premise for the west even if it later influenced Oliver Stone. He made a comeback in the 80s with The Last Emperor which won him Oscars for Best Director and Best Adapted Screenplay.

At his peak, he was considered one of the best directors in the world.