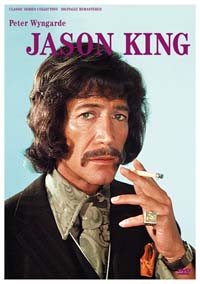 It is about a celebrity novelist who keeps getting caught up in adventures featuring glamorous women, exotic locations, and menacing villains — which he then uses as inspiration for his novels. It was a spin-off from the earlier series Department S.

The character Jason King was an influence on several later fictional creations, including Austin Powers and Richard Jeperson of the Diogenes Club. He has been homaged in The Invisibles, The Dark Phoenix Saga, and Rab C. Nesbitt, and was one of the characters parodied in The Comic Strip Presents: Detectives on the Edge of a Nervous Breakdown.