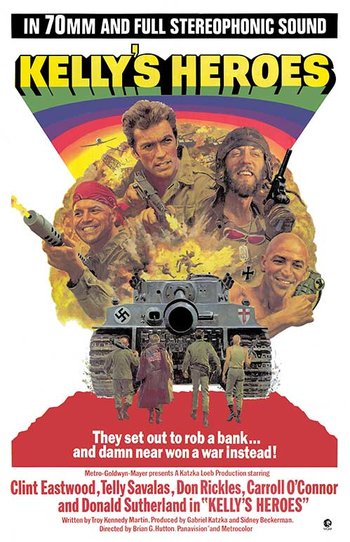 A squad of American soldiers in World War II France learn about a secret stash of German gold in a bank deep behind enemy lines. Unappreciated by their clueless, profiteering captain and continually denied any chance at decent R&R, they are ripe for the promise of heroic adventure and enthusiastically embark on their new, unauthorized mission. With the help of tank commander Oddball and his squad of misfits, an incompetent artillery officer, a greedy supply officer, a marching band, and a grave digger battalion, they stand to make a fortune.