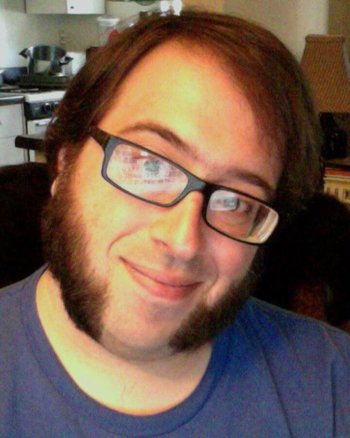 Kyle Carrozza (born May 19, 1979 in Catskill, New York) is an animator, voice actor, musician and storyboard artist who currently writes songs for The Funny Music Project (FuMP). He's mostly known for the pilot Moobeard the Cow Pirate for Nickelodeon's Random! Cartoons and the Cartoon Network animated series Mighty Magiswords. He has storyboarded for the Nicktoon Fanboy and Chum Chum and Fish Hooks for Disney, as well as doing character layouts for The Sponge Bob Movie Sponge Out Of Water. He draws the comic Frog Raccoon Strawberry for Dumm Comics.

He is also the co-host of the podcast Kyle & Luke Talk About Toons, the longest-running podcast focusing exclusively on Western Animation, and makes guest appearances on other podcasts such as Escape from Vault Disney! and Come On, Fhqwhpods.