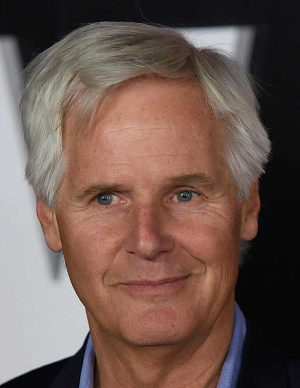 Christopher Carter (born October 13, 1957 in Bellflower, California) is an American producer, writer, and director best known for creating the popular science-fiction TV series The X-Files in the early nineties. Subsequent series by Carter include Millennium (1996) (1996-1999), Harsh Realm (1999-2000), and The Lone Gunmen (2001). In 2014, Amazon Studios aired a pilot Carter wrote for a post-apocalypse show The After, though soon after ordering it to series, it was cancelled without additional shooting. Since then, Carter went on to head the 2016 Fox miniseries revival of The X-Files.

The Long-lasting status of The X-Files led to the eventual revelation that Carter did not have an expertly crafted plan for the series' Myth Arc, which remained unresolved even after the 2016 revival. It's because of his drawing out and continuous introduction of unresolved sub-plots that he became the Trope Namer for The Chris Carter Effect. Despite being an avid writer and director for episodes of his TV shows, his only feature film directing credit goes to the poorly received The X-Files: I Want to Believe.

Not to be confused with the Creepy Crawlers character of the same name. Or the electronic musician. Or the host of Breakfast with the Beatles. Or the MLB player. Or the former NFL player.