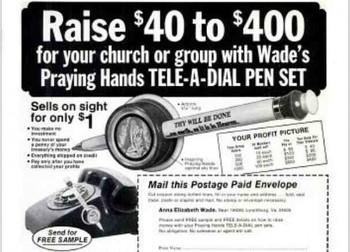 "Is this a get rich quick scheme? Of course! Who wants to get rich slow?"
— Saturday Night Live
Advertisement:

When a character wants to get Big Bux, they often don't try more common varieties of accruing wealth like bumping off rich relatives, stealing, or being a miser. They go for a Get-Rich-Quick Scheme sometimes resulting in an If I Were a Rich Man moment and often overlapping with a Zany Scheme or Missing Steps Plan.

A common variation of this trope is that the Get Rich Quick person thinks working is a get-rich-quick scheme or that they fall for someone else's scheme instead. In situations where the scheme does end up getting someone Big Bux, the story often follows up by the participants then totaling up any taxes/fines/expenses/etc incurred over the course of the scheme, and realizing that their actual profit is negligible at best.

Beware: every Con Man knows exactly how appealing the prospect of easy money can be and is eager to exploit it as part of The Con to take advantage of the mark's naïveté. Or, alternately, if someone else hits on a scheme that works, he may step in to help make sure A Fool and His New Money Are Soon Parted. Remember: if it sounds Too Good to Be True, it probably is.

A Sister Trope to Ponzi, and a favorite pastime of the Schemer.

Compare Mock Millionaire (who's typically involved in one way or another).