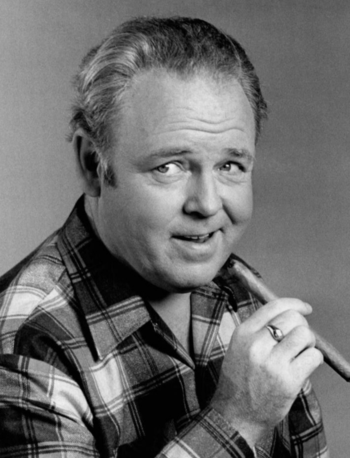 John Carroll O'Connor (August 2, 1924 – June 21, 2001) was an American actor, producer and director whose career spanned four decades, his most famous role being Archie Bunker, the bigoted but lovable main character of All in the Family. He also played police chief Bill Gillespie in the television adaptation of In the Heat of the Night.

Film and TV roles include: