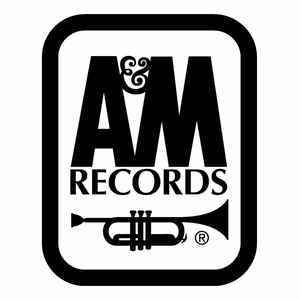 A&M Records was an American record label, founded by trumpeter Herb Alpert and executive Jerry Moss in 1962, and named after their initials. Once Alpert (accompanied by his Tijuana Brass) had his first hit with "The Lonely Bull", he established himself as one of the best-selling Easy Listening artists of The '60s and beyond, allowing A&M to expand quickly.

Within a decade of its founding, A&M grew into one of the world's largest independent record labels. Its roster came to include Bryan Adams, Carpenters, Styx, Supertramp, Janet Jackson, The Police (and later Sting's solo work), and Soundgarden, among others. In the US, A&M had a licensing deal with British label Island Records that gave them access to Fairport Convention, Free Band and Cat Stevens until Island established an American presence. In 1978, they partnered with Japanese label Alfa Records to distribute each other's works between Japan and the west; through this, they were able to pick up Yellow Magic Orchestra and grant them the distribution needed for them to become worldwide successes (though not without subjecting the band's catalog to Bad Export for You), and in turn, Alfa provided Japanese distribution for A&M's biggest acts. In 1979, they signed a distribution deal with I.R.S. Records that would also give major label distributions for acts like The Go-Go's and R.E.M., with A&M retaining distribution rights even after IRS changed distribution to MCA in 1985. A&M was purchased by PolyGram in 1989, and after PolyGram was absorbed into Universal Music Group in 1999, A&M was shut down.

In 2003, the A&M name was briefly resurrected under the Interscope Geffen A&M Records umbrella, serving as an outlet for urban and newer artists as well as releasing albums from artists/groups previously signed to the label. In 2007, the label was officially relaunched after being combined with Octone Records to form A&M Octone Records. The label operated until 2013, when it was folded into Interscope Records. It has, however, continued to occasionally resurface as an imprint brand.

* US and Canada only