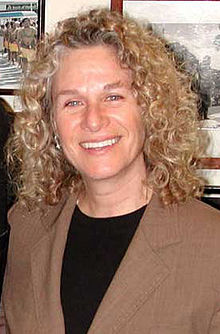 One of the last generation of Tin Pan Alley songwriters to come out of the famous Brill building in New York City, Carole King had her first #1 hit in 1960 at age eighteen with "Will You Love Me Tomorrow," co-written with her songwriting partner Gerry Goffin. Together, King & Goffin wrote many American pop hits in the The '60s. After the team split up in 1968 King moved to California to write on her own and began her own performing career. King went on to become the most successful female songwriter of the 20th century, writing or co-writing 118 songs that hit the popular music charts between 1955 and 1999. Other hits written or co-written by Carole King range from the sublime "You've Got a Friend" (written for James Taylor) and "Pleasant Valley Sunday" (A hit for The Monkees) to the ridiculous ("The Locomotion," co-written for Little Eva). "You Make Me Feel Like a Natural Woman" was a #8 hit for Aretha Franklin in 1967.

As a songwriter first and a performer second, King has frequently been Covered Up, to the point where her song "You Make Me Feel Like a Natural Woman" was originally credited to Aretha Franklin on this very wiki. "Will You Love Me Tomorrow" was originally a hit for The Shirelles and then covered by many, many people since, including Linda Ronstadt, Ben E. King, Dusty Springfield, Laura Branigan, Little Eva, Roberta Flack, The Four Seasons, Bryan Ferry, Dave Mason, Dionne Warwick, Melanie Safka, Cher, Elton John, Norah Jones, and Amy Winehouse. "Jazzman" was even covered by Lisa Simpson.

As a performer, King had a hit in 1962 with "It Might As Well Rain Until September" and gained favorable critical notice for her 1970 solo debut album Writer, but finally managed to truly uncover herself with 1971's blockbuster Tapestry, which included "Will You Still Love Me Tomorrow," "You've Got a Friend," and "You Make Me Feel Like a Natural Woman" with several new compositions, including the #1 hit "It's Too Late." Tapestry went on to become the top selling solo album until Michael Jackson's Thriller finally surpassed it in 1988, seventeen years later. She never quite repeated the success of Tapestry but went on to have several more best-selling albums and hit singles over the next decade, finding her biggest success on the Adult Contemporary charts.

She took her first and only turn as a Pop-Star Composer on the 1985 Sally Field and James Garner film Murphy's Romance, writing a soundtrack which included cult favorites like "Running Lonely

" and "Love for the Last Time

". Sadly, an official soundtrack was never released, much to the frustration and head-scratching of her fans. However, her song "Now and Forever" was featured in A League of Their Own seven years later, and "Anyone At All" was used over the end credits of You've Got Mail.

King has also appeared sporadically in acting roles, notably three appearances as guest star on the TV series Gilmore Girls as Sophie, the owner of the Stars Hollow music store. King's song "Where You Lead (I Will Follow)" was also the theme song to the series, in a version sung with her daughter Louise, which is surprisingly appropriate, since King herself gave birth to Louise as a teenager, which mirrors the age relationship between the fictional characters. She also appeared on Broadway in the play Blood Brothers.

In May 2012 King announced that she was finally going to take some time off at age 70. It remains to be seen if she is retiring or just taking a break for a while.

In 2013 the musical Beautiful, based on King's life and work, opened in San Francisco and transferred to Broadway a few months later.

Albums with their own page on TV Tropes: