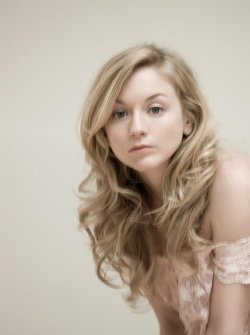 Emily Rebecca Kinney (born August 15, 1985 in Wayne, Nebraska) is an American actress and recording artist. She is best known for her role as Beth Greene in the AMC television series The Walking Dead, and is not to be confused with the Phineas and Ferb OC of the same name.

Tropes invoked in her works: