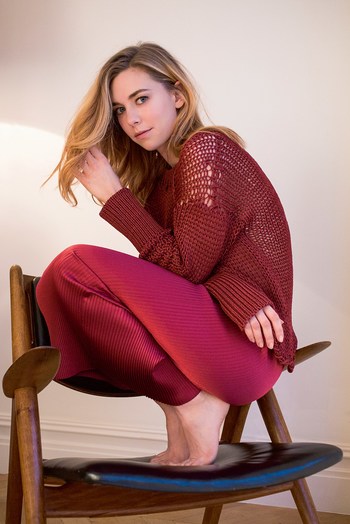 Vanessa Kirby (born 18 April 1987 in London, England) is an English character actress. Although relatively unknown for a long time, she began getting noticed for her performance as Estella in a BBC adaptation of Charles Dickens Great Expectations in 2011. Since then, she’s mostly appeared in supporting or bit parts in movies and television, including About Time, Everest, Jupiter Ascending and The Hour.

However, it was her role as Princess Margaret in The Crown that brought her to prominence, which led to her becoming a fan-favorite. The show also managed to score her a BATA (British Academy Television Award) nomination for Best Supporting Actress. She's also taken roles in some blockbuster franchise films such as Mission: Impossible – Fallout and Fast & Furious Presents: Hobbs & Shaw. She's also gotten universal acclaim an Oscar nomination for her role as Martha Carson in Pieces of a Woman, winning Best Actress at the Venice Film Festival for it.

She's a well-respected theatre actress, having garnered critical praise for her role as Elena in Anton Chekhov’s Uncle Vanya.