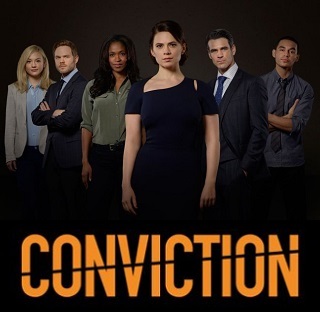 Conviction was a legal drama on ABC, starring Hayley Atwell.

After getting busted for cocaine possession, Hayes Morrison, a former First Daughter-turned-defense attorney is given one chance to avoid prison, by working for the newly-minted Conviction Integrity Unit, which investigates old cases to make sure that the convictions were on the level.

It premiered on October 3, 2016. On November 8, 2016, ABC announced there would be no back-order for more than the thirteen contracted episodes, and the remaining episodes of the season aired until its conclusion on January 29, 2017. ABC canceled the series on May 11, 2017.