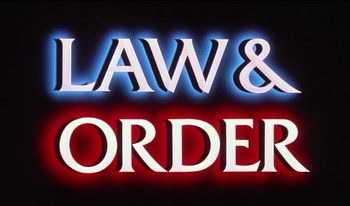 Law & Order is a Long Runner franchise of police & law procedural works created by Dick Wolf, which began in 1990 with the long-running original series of the same name.

Not to be confused with an unrelated 1932 Western film of the same name.