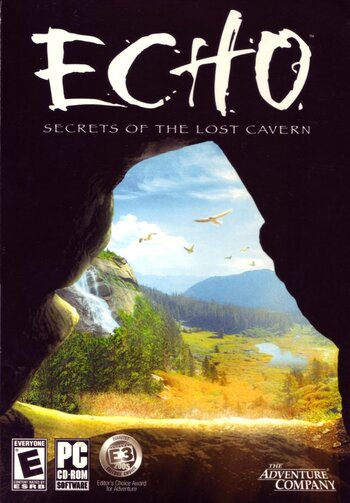 Echo: Secrets Of The Lost Cavern is a Point-and-Click Adventure Game by Kheops Studio, published by The Adventure Company.

Arok is a 15-year-old homo sapiens living in the Paleolithic period. One day in early spring while out hunting, Arok is chased into a cave by a lioness, which he managed to keep out by rolling a huge rock in front of the cave entrance. Before the lioness showed up, Arok saw a strange symbol above the cave mouth that reminded him of Klem, a painter and shaman who could communicate with spirits through his work.

Either way, now Arok needs to find a safe way out of the cave. From there, he begins a quest that will see him play a role in human history.

Echo: Secrets Of The Lost Cavern contains examples of: