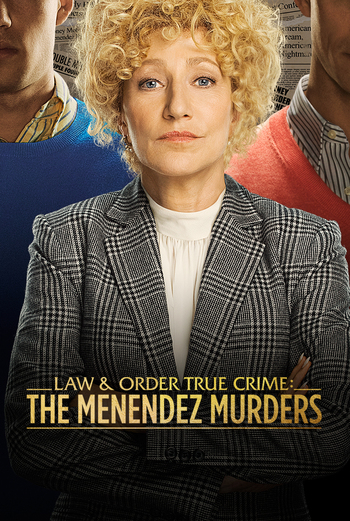 Law & Order: True Crime is the sixth addition to the Law & Order franchise. Different from the other Law & Order shows, this series is an anthology series, focusing on a different true crime story for each season, similar to American Crime Story.

The first season focused on the Menendez Murders, and the investigation and trials that followed. In 1989, brothers Lyle, 21, and Erik Menendez, 18, murdered their wealthy parents José and Kitty Menendez in their Beverly Hills home. Edie Falco played their attorney, Leslie Abramson.