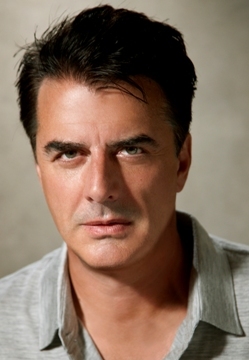 Christopher David "Chris" Noth (/ˈnoʊθ/ NOHTH; November 13, 1954 in Madison, Wisconsin) is an American actor. He is known for his television roles as Detective Mike Logan on the Law & Order shows (particularly the parent show and Criminal Intent), Big on Sex and the City, and Governor Peter Florrick on The Good Wife.

He was nominated for the Golden Globe Award for Best Supporting Actor on Television for Sex and the City in 1999 and for The Good Wife in 2010.