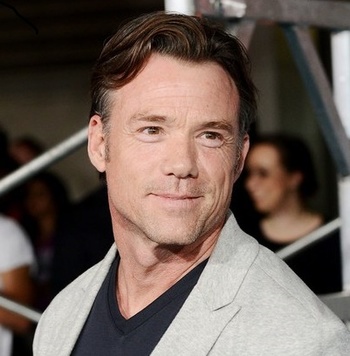 He started his career at the Cirque du Soleil, and went on to become a prominent specialist of Motion Capture and Serkis Folk.

He's especially good at performing motion capture for apes and hulking humanoids. He got a Casting Gag role in The Square where he appeared not in Motion Capture but in the flesh...as a performance artist pretending to be an ape man.