Film / Sex and the City 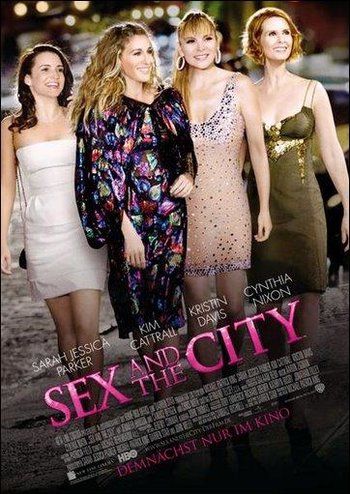 "Two years of bad business and this bullshit economy and I am done. We need to go somewhere rich."
— Samantha in Sex and the City 2.
Advertisement:

Two films based on the popular HBO series Sex and the City, starring the Four-Girl Ensemble of now fortysomething ladies, following their lives after the shows.

The reviews for the films range from mixed to extremely negative, with the second installment having attracted quite a bit of ire from both critics and the general audience.

The first Sex and the City film was released in 2008, and the second in 2010. Plans for a third film stalled due to Kim Cattrall's reluctance to return in the role, which eventually led to the creation of a sequel series, And Just Like That..., in 2021.

Alternative Title(s): Sex And The City 2