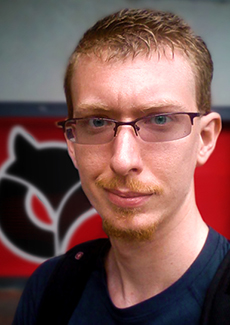 Jack Renard is an American voice actor, designer, and film maker. He is a principal voice actor and animator for the entertainment group Broad Spectrum Studios, with whom he achieved popularity as the voice of Solid Snake (among others) in their series of Hiimdaisy Metal Gear comic dubs

features an emphasis on voiceovers, gaming, and music.

Jack Renard is known for: