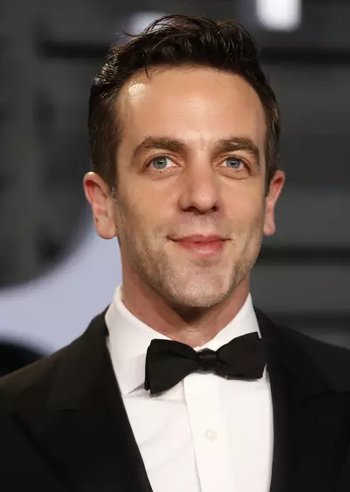 "Well, back to the ol' ecstasy factory."
— His cameo on Crazy Ex-Girlfriend
Advertisement:

Benjamin Joseph Manaly Novak (born July 31, 1979 in Newton, Massachusetts) is an American writer, director, actor, and comedian. He is best known for the role of Ryan on The Office (US), on which he was also a writer and executive producer. Since The Office, he has since appeared in various other media, and has written/directed for The Mindy Project.