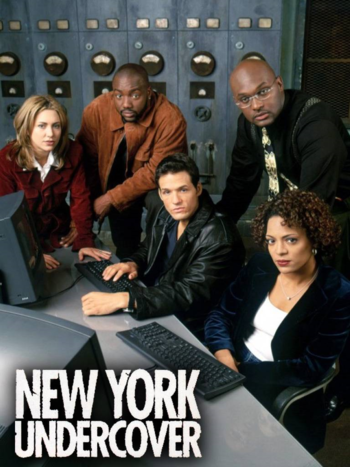 Along with dealing with the cases themselves, there are sub-plots dealing with the personal lives of Williams and Torres: Williams dealing with his ex-girlfriend Chantel and visiting their son, Gregory (just usually called G), and Torres usually interacting with his father Mike, a recovering heroin addict. Many episodes feature an R&B café called Natalie's, which is just an easy way for musical guest stars to get on the show (Natalie herself being played by Gladys Knight).

By the end of the season three finale, however, McNamara and Torres (the latter married to Nina and transferring to a new precinct) are killed off. At the start of the fourth season, everything changes. Williams and Moreno transfer to New York's Special Investigations Division answering to Lt. Malcolm Barker (and ultimately writing Cooper out of the show). They also work with Det. Nell Delaney and Det. Alec Stone. Natalie's and the musical guests that appeared were written out entirely as were any living reoccurring characters from the past three seasons except for G. As a result of all these changes, ratings for the show dramatically dropped, forcing Fox to cancel the series.

There are currently talks of a reboot in the works and that it is to air on ABC. Both Malik Yoba (Williams) and Lauren Velez (Moreno) have expressed interest in reprising their roles.