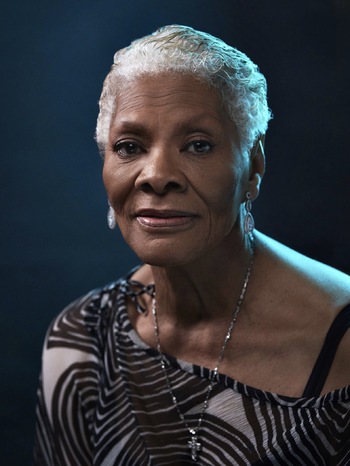 Warwick was raised in a New Jersey family heavily associated with gospel choirs, which she and her sister, Dee Dee Warwick, performed in growing up. She was also first cousins with Whitney Houston. Her career took off when she was discovered by composer Burt Bacharach, who initially hired her to record demos for him and lyricist Hal David. This marked the start of a fruitful long-time collaboration, with Bacharach and David writing many of Warwick's biggest hits including "Don't Make Me Over", "Anyone Who Had a Heart", "Walk on By", "Message to Michael", "Alfie", "I Say a Little Prayer", "Do You Know the Way to San Jose?", and "I'll Never Fall in Love Again".

Warwick worked steadily throughout The '60s. Her career stalled a bit during The '70s following a fallout with Bacharach and David,note although they later reconciled and worked together again but in 1979 she moved to Arista Records, where she would enjoy a resurgence in popularity with hits like "I'll Never Love This Way Again", "Déjà Vu", "Heartbreaker", "Love Power" (with Jeffrey Osborne), and the chart-topping "That's What Friends Are For" (a superteam collaboration with Elton John, Gladys Knight, and Stevie Wonder). Overall one of the most prolific artists of the 20th century, with dozens of albums and numerous hit singles to her credit, Warwick continued to release new music all the way into The New '10s.

An occasional actress, she guested on several shows in The '90s, was on a celebrity season of The Apprentice, and appeared on The Masked Singer. During the 2020s COVID-19 Pandemic she gained a measure of late-career notoriety for being endearingly clueless on Twitter, to the point where an art exhibit dedicated to her account was set up. Yes, really

. Warwick's career was detailed in the 2021 documentary Dionne Warwick Dont Make Me Over.

Tropes in her music and stage persona:

A parody talk show starring Ego Nwodim's impression of Dionne Warwick gets a boost from the real Ms. Warwick.

A parody talk show starring Ego Nwodim's impression of Dionne Warwick gets a boost from the real Ms. Warwick.