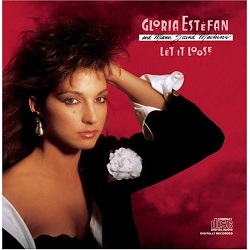 "Come on, shake your body baby, do the conga
I know you can't control yourself any longer
Feel the rhythm of the music getting stronger
Don't you fight it 'til you tried it, do that conga beat"
Advertisement:

Gloria Estefan (born Gloria María Milagrosa Fajardo García on September 1, 1957) is a Cuban-born American singer, songwriter and entrepreneur. She has sold over 100 million records worldwide and is Latin music's most successful crossover performer. She is best known for her song "Conga."

"Tropes get in the way":

"With inspiration from The Shark, Godzilla and Golf."