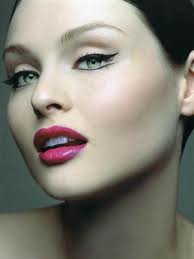 Sophie Ellis-Bextor (born 10 April 1979) is an English singer, songwriter, model and occasional DJ. Working since 1997, has three children with her bassist husband since 2005. Her music is a mixture of mainstream pop, disco, nu-disco, and 1980s electronic influences.

She came into prominence after leaving her band, Theaudience, and collaborated on a song called "Groovejet (If This Ain't Love)" with Spiller. She went onto record the album Read My Lips in late 2001. This album went double platinum and sold 2 million world wide. In 2003, Read My Lips won the Edison Award for "Best Dance Album" later on that year she released Shoot From The Hip an album with two top ten singles ("Mixed Up World", "I Won't Change You").

Trip The Light Fantastic came out in May 2007 and featured the song "If I Can't Dance" which was used in the St Trinians movie of that same year. Other hit songs included "Me and My Imagination" and "Catch Me".

In May 2008 she was hired by cosmetics brand Rimmel as one of their new faces. A new song performed by Ellis-Bextor ("Sophia Loren") is featured in one of the Rimmel London' spot for the line "Sexy Curves". Ellis-Bextor is appearing as an advocate for Verdi on BBC World News classical music programme Visionaries in August 2008. Ellis-Bextor performed live at Manchester's Gay Pride, on 23 August 2008, having just arrived back from Moscow.

She then started work on her fourth album, after a long creative process she released Make a Scene in mid 2011 with hit singles "Can't Fight This Feeling" and "Heartbreak (Make Me a Dancer)" in this album she worked with Cathy Dennis (Britney Spears, Kylie Minogue), Calvin Harris (Rihanna), Freemasons (Shakira, Beyoncé, Whitney Houston) and Nervo (Britney Spears, Kesha). This album started her Career Resurrection and she is working on album number 5 as of early 2012.

Her hit songs include: "Murder On The Dancefloor", "Music Gets The Best Of Me", "Can't Fight This Feeling", and "Catch You".