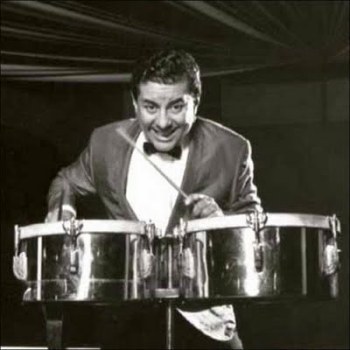 Ernesto Antonio "Tito" Puente (April 20, 1923 – May 31, 2000) was the undisputed king of mambo, salsa, son, cha-cha-cha and Latin jazz, providing catchy rhythms and dance music over a career that spanned half a century. He won five Grammy Awards in his career and was posthumously awarded the Grammy Lifetime Achievement Award in 2003. He was also awarded a National Medal of Arts in 1997.

He appeared in the film The Mambo Kings as himself and also had guest spots in Sesame Street, The Cosby Show and The Simpsons. Santana covered his Signature Song "Oye Como Va" on their album Abraxas (1970).

Albums with their own entry on TV Tropes