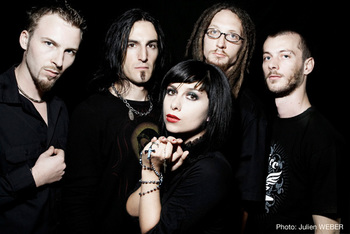 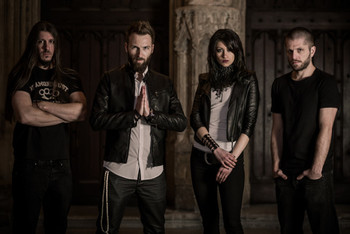 Originally formed as What's the fuck in 1996, ETHS (alternately spelled as Eths) is a French goth/death/melodic/heavy metal/Alternative Metal band formed in the city of Marseille. The original lineup of ETHS, including former vocalist Candice Clot, came together in 1999 when the band was renamed to Melting Point. After the founding lineup was complete, the band again changed their name to "Hets", which they then decided to change to ETHS after realizing "Hets" sounded like the English word "heterosexual".

Their music uses a lot of Harsh Vocals and Metal Screams (performed by a female vocalist,) with often oppressive-sounding instrumentals. The lyrics often have very dark themes, using elaborate metaphors to deal with topics like abortion, rape, bulimia, death... III and especially Ankaa mark a thematic change, with many songs about mythological thematics, while retaining a similar writing style.

The band publicly disbanded in 2017.