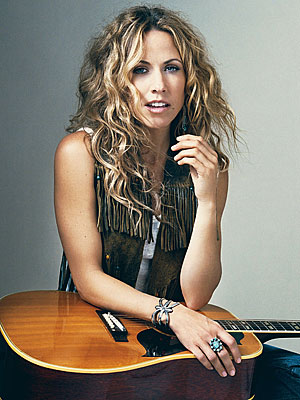 Sheryl Suzanne Crow (born February 11, 1962) is an American musician who started out writing jingles and singing backup for Michael Jackson during the 1988 "Bad World Tour" before becoming a successful recording artist on her own, winning several Grammys over the length of her career. She claims her inspiration doesn't root from any particular genre, but her music usually has elements of rock, folk, hip hop, country, and pop.

She had two self-titled albums; the first was scrapped, and the second premiered after her short run with the band Tuesday Music Club.