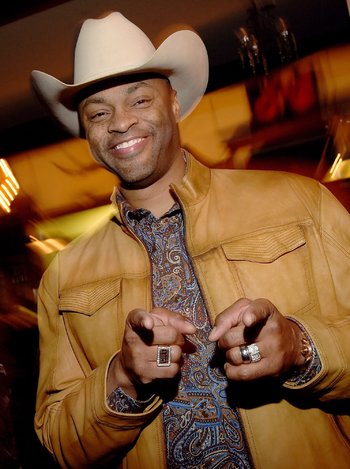 Troy Lee Coleman III, professionally known as Cowboy Troy (born December 18, 1970) is a American country rapper. Cowboy Troy is one of the few Black American country music artists, as well as one of the most known performers in the Country Rap genre. It was his appearance on the Big & Rich track "Rollin' (The Ballad of Big & Rich)" that launched his career, and he released his breakthrough album Loco Motive in 2005.

He was also one of the hosts of Country music talent program, Nashville Star.