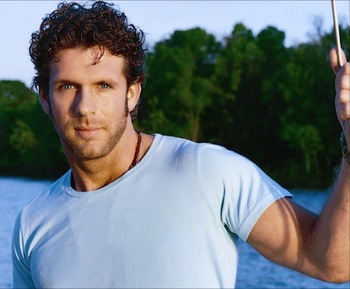 Currington had a few scattered songwriting credits before he was picked up by Mercury Records in 2003. His debut album produced the hits "Walk a Little Straighter" and "I Got a Feelin'", and then-labelmate Shania Twain featured him on her last Top 10 hit, "Party for Two", by the end of 2004.

It was late 2005's Doin' Somethin' Right that produced his first #1 hit in "Must Be Doin' Somethin' Right", along with "Good Directions", penned by a then-unknown Luke Bryan. In 2009, Currington suffered a concussion following a stage collapse in Alberta, which also injured his bassist and killed a spectator. He also had his biggest hit in this timespan with "People Are Crazy", a ballad from Little Bit of Everything. Enjoy Yourself also racked up the chart-toppers "Pretty Good at Drinkin' Beer" and "Let Me Down Easy", while a change of producers (Carson Chamberlain to Dann Huff) saw an edgier, more guitar-driven sound in the hits "Hey Girl", "We Are Tonight", and "Don't It".