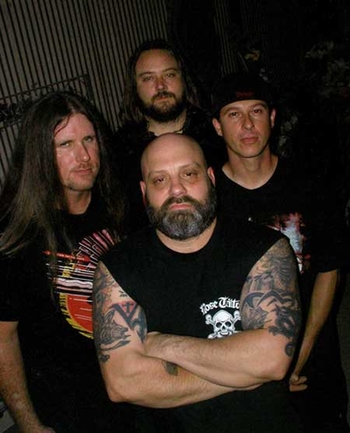 What, you want more? Fine. Crowbar is an American metal band from New Orleans, Louisiana, one of the key bands of the Sludge Metal subgenre. Formed in 1988 as the punk band Shell Shock, the band changed its name several times, to Aftershock, WREQUIEM, The Slugs and eventually Crowbar, along the way developing their signature style that fused Hardcore Punk and Doom Metal.

Their songs are extremely slow, low-keyed, heavy and brooding, though they also contain fast hardcore-esque passages.