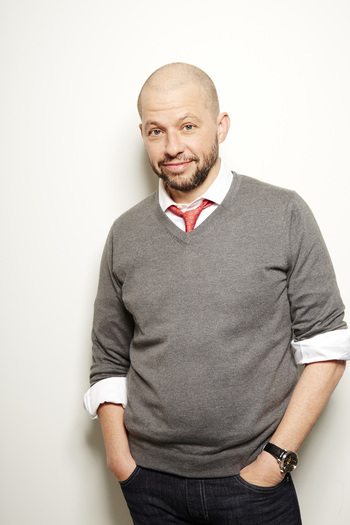 Alan has certainly became Bald of Evil hasn't he?
Advertisement:

Jonathan Niven Cryer (born April 16, 1965 in New York City, New York) is an American actor best known for his comedic roles in films such as Pretty in Pink and Hot Shots! and for his 12-year run as Alan Harper on the sitcom Two and a Half Men. More recently he has portrayed Lex Luthor in The CW's Supergirl.

In addition to acting, he also co-hosts the podcast Undisclosed which examines cases of wrongful convictions.