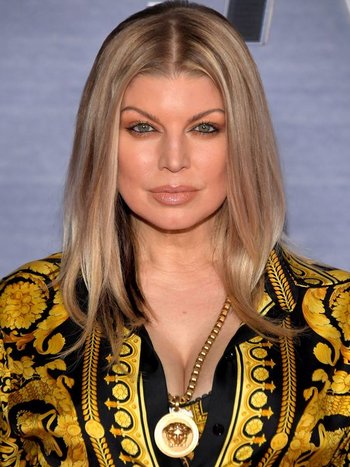 In 2006, she released her solo debut album, The Dutchess. She also continued her work with the Black-Eyed Peas, with occasional acting roles.

When the band went on hiatus from 2012-2014, she worked on her second album, Double Dutchess, which eventually dropped in 2017. On February 18, 2018, it was confirmed that she had left the Black Eyed Peas.

Throughout her career, Fergie struggled with substance abuse, which she touches on in some of her songs.

She was married to Josh Duhamel from 2009 to 2019, having one son together. She kept the surname after their divorce.

Tropes found in her music include: