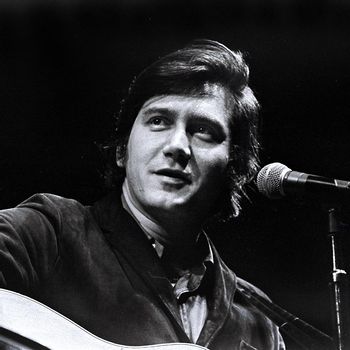 "One good song with a message can bring a point more deeply to more people than a thousand rallies."
—Phil Ochs
Advertisement:

He was the most active during The '60s, when he wrote hundreds of songs, covering many topics, such as The Vietnam War, the Civil Rights Movement and labor rights. After the events of 1968 (the assassinations of Martin Luther King Jr. and Robert F. Kennedy, the police riot in Chicago, and the election of Richard Nixon) he became increasingly disillusioned and depressed, eventually leading to severe mental illness which drove him to hang himself in 1976.

You can find the lyrics of his songs here