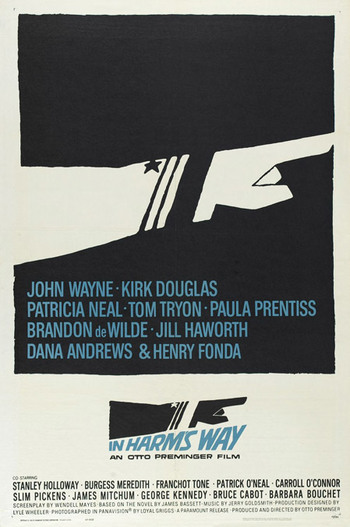 A 1965 epic based on James Bassett's novel of World War II, directed and produced by Otto Preminger and featuring an All-Star Cast including John Wayne, Kirk Douglas, Patricia Neal, Dana Andrews, and Henry Fonda. It is notable for being one of the last World War II films (and the last John Wayne film) to be shot in black and white.

For the trope of the same name, go here.

In Harm's Way includes examples of the following tropes: