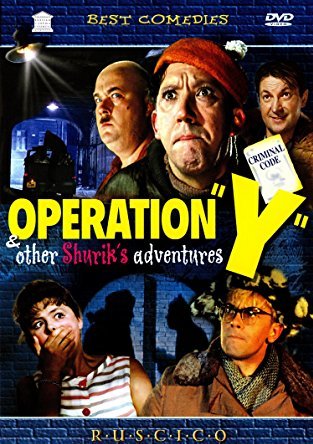 The standard naming scheme for a military operation is "Operation: Some Phrase". Used in real life, and in any series involving spies, soldiers, and the government, or parodies thereof. Straight uses are too numerous to count, but some common subversions, variants, and spoofs come up. A Code Name for a plan instead of a person, and can follow the same conventions. Science uses an almost identical scheme, but their stuff starts with "Project:".

The US began using marketing people to come up with these after their earlier method (a random name generator) produced "Operation: Bolton" as the name for Desert Storm (the American contribution to The Gulf War); there were fears about retaliation against the town of Bolton, and also that troops would be embarrassed to go to war in an operation named after a dreary little town in the north of England. You could argue that eventually the name becomes more of a brand name than a Code Name, particularly if very important, US-led and heavily media-covered.

Wartime or covert operations are more obliquely named, with security a higher consideration than sounding cool (though let's face it, Operation Anaconda was pretty cool). The British magazine New Statesman remarked that it said a lot about the difference between American and English culture that the USA called the Iraq War "Operation Iraqi Freedom" and the UK called it "Operation Telic" (a word that means "tending to a definite end", chosen from a random list). British stuffiness in choosing operation names is only rarely subverted, usually for especially momentous moments, such as the detonation of the UK's first atom bomb, Operation Hurricane.

During World War II, some British operations were entirely arbitrarily named from a big list of possible names, others were picked from vaguely related terms (Operation Dynamo for the Dunkirk evacuation took its name from the dynamo room in the naval headquarters below Dover Castle that Vice Admiral Ramsay used to plan the operation), while American ones tended to obliquely refer to the purpose (Operation Overlord as the final version of the Operation Sledgehammer proposal). Operation Market Garden, the airborne assault to push inland through the Netherlands from the Norman beaches, may have been pushing it.

his commanders against assigning "silly" or frivolous codenames to operations, on the grounds that no mother or wife ought to have to hear that their son or husband died during "Operation Bunnyhug" or "Operation Ballyhoo". An example of that is when he changed the Canadian Army's designated landing area in Normandy for "Operation Overlord" from Jelly Beach to Juno Beach, and created a honored name in Canadian history and culture. Another principle he followed was that the code names should never be words from which a clever enemy could infer the purpose of the operation. Nazi Germany, in contrast to this, did use some fairly obvious code names

, such as Seelöwe ("Sealion" or "Sea-Lion") for the planned invasion of Britain, Nordlicht ("Northern Lights") for the abortive summer-1942 offensive to cut Leningrad off from its lifeline through Lake Ladoga, and Barbarossa (referring to Holy Roman Emperor Frederick I, who died en-route to the third Crusade) for the 1941 invasion of the Soviet Union, a name Hitler chose, supplanting the original Wehrmacht name Blau ("Blue"). Others were more ambiguous or even deliberately misleading, often implying a defensive purpose when an attack was planned, such as Weserübung ("Weser Exercise") for the invasion of Denmark and Norway, and Wacht am Rhein ("Watch on the Rhine") for the 1944 Belgian offensive. Earlier on, the General Staff had called their operations things like "Green", "White", and "Anton", and some of the later ones appeared fairly random, e. g. Merkur ("Mercury") for the airborne landing on Crete and Zitadelle ("Citadel") for the 1943 Kursk offensive. Fun fact: the German term for a military operation is Fall, or "case"; they viewed campaigns as cases to be solved.

For their part, Soviet offensive codenames either were a inconsistent mix of historical figures in Russian history ("Suvorov" or "Bagration"), celestial objects ("Uranus" or "Star"), or generically geographic-temporal ("1944 summer strategic offensive operation" or "D'niepr strategic offensive operation"). They also had a habit of using numbers for their weapons development programs, especially if it involved Mnogo Nukes. For example, "Object 279" was the name for an experimental heavy tank, while "Project 1164" was used by the navy for the Slava-class cruiser. The Russian Federation continues the practice today .

Most fictional Operation/Project Names fall somewhere in between all of these. The name is non-obvious, but is obliquely related to the purpose of the operation (like American WW2 names). Our Hero is mystified until he happens upon the piece of information that clues him in... Can be an example of Arc Words.

Favorite things to fill in the blank:

May sometimes begin after a Team Hand-Stack.

Really? The wedding was just one big alien baiting sham?

Really? The wedding was just one big alien baiting sham?