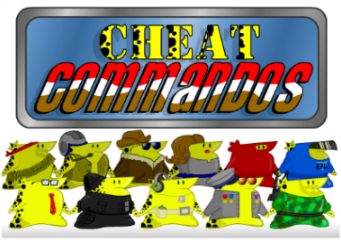 What started out as a spin-off of Strong Bad telling The Cheat that "Firebert is not a good Commando name" evolved over time into a sub-series (of sorts) on Homestar Runner.

Cheat Commandos follows the misadventures of a group of mercenaries as they try to protect the world from the evil Blue Laser, though they also sometimes hang out with its leader. The series is a spoof of Merchandise-Driven shows from the 1980s, with G.I. Joe being the most obvious inspiration.