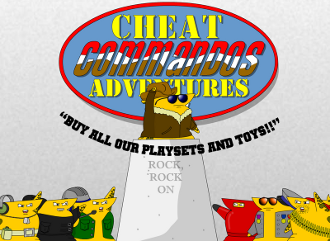 "Incidentally, this record is available in the foyer. Some of us have got to live as well, you know."
— Mr. Cheeky, during the song "Always Look on the Bright Side of Life", Monty Python's Life of Brian
Advertisement:

When a show breaks the fourth wall and implores the audience to please go out and buy The Merch, because the show's creators would really like to get some income from it.

Usually associated with parodies of Merchandise-Driven shows. Compare Enforced Plug and Please Subscribe to Our Channel.