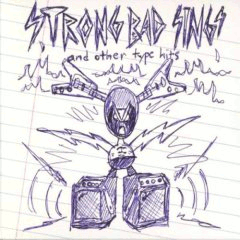 For years, he's thrilled and captivated himself with his music, and now it's your turn!
Advertisement:

In 2019 the album was finally made available for purchase on iTunes and Amazon Music, and through streaming on Spotify, Apple Music, and other services. A vinyl edition was released in February 2021 through Fangamer.