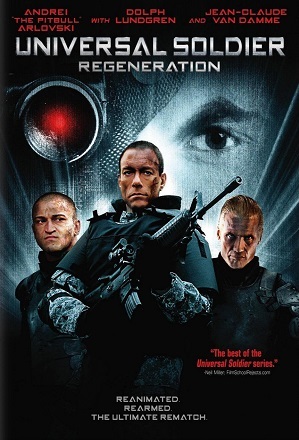 Universal Soldier: Regeneration is a sequel to Universal Soldier, which brought back both Van Damme as Deveraux and Lundgren as Andrew Scott. Set after the events of the first film, Deveraux is undergoing therapy when he is called on to defuse a hostage situation at the Chernobyl Nuclear Power Plant, where a more advanced UniSol is under control of a group of Russian terrorists.